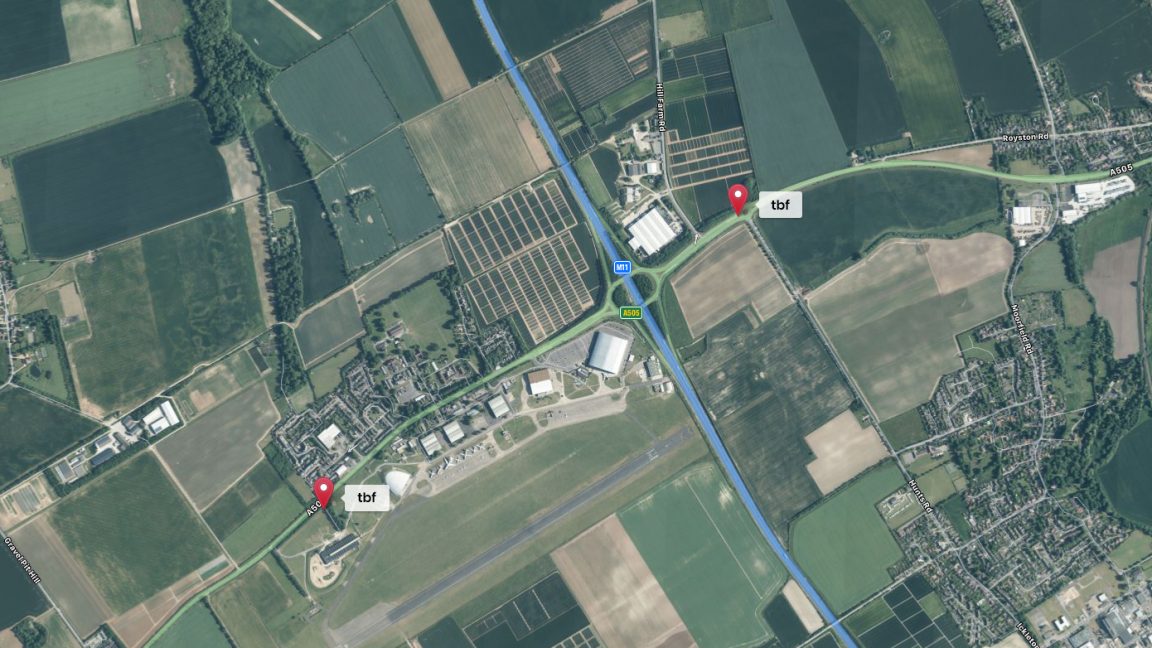 tbf Traffic assisted in an emergency road closure after Storm Ciara damaged the roof of the Imperial War Museum at Duxford.

Highways England applied a one-mile exclusion zone around the aircraft hangar, as the damage made it ‘likely’ that sections of the roof could be blown across the road. This meant closing a chunk of the M11 and parts of the A505.

tbf was called on Sunday night to provide traffic management for the A505 closures, working with Cambridge Council and contractor Skanska.

The traffic management firm had six workers on site from Sunday night until the road reopened on Monday afternoon. The job required on-the-spot judgement and specialist signage, so head office stayed on call for the duration.

Storm Ciara hit the UK on Sunday with wind speeds of up to 73mph.

The storm damaged an aircraft hangar roof at Imperial War Museum Duxford, prompting fears that parts of the structure could blow onto the motorway.

An emergency road closure on Sunday afternoon shut the M11 in both directions, between junctions 9 and 11; and the A505 from the Whittlesford and Fowlmere approaches.

Insulation from the hangar blew onto the empty road as gusts continued through Monday morning.

Engineers couldn’t declare the roof structurally sound until weather conditions eased, so the one-mile exclusion zone was expected to continue until Wednesday.

But the closures were lifted on Monday afternoon after Duxford experts assessed the damage.

Two major roads in #Cambridgeshire closed yesterday due to risk of debris caused by #StormCiara have now been re-opened.
Both the #M11 and #A505 were re-opened at 12.30pm today as part of a joint decision with @HighwaysEngland.
Read more: https://t.co/w3NOrI08lE #SaferCambs pic.twitter.com/mxcVdDyjI1

tbf Traffic is a trusted supplier of Skanska, a leading contractor working with Cambridgeshire County Council.

tbf is known for quick response times, meticulous safety and latest traffic technology, so it was an obvious choice for the job.