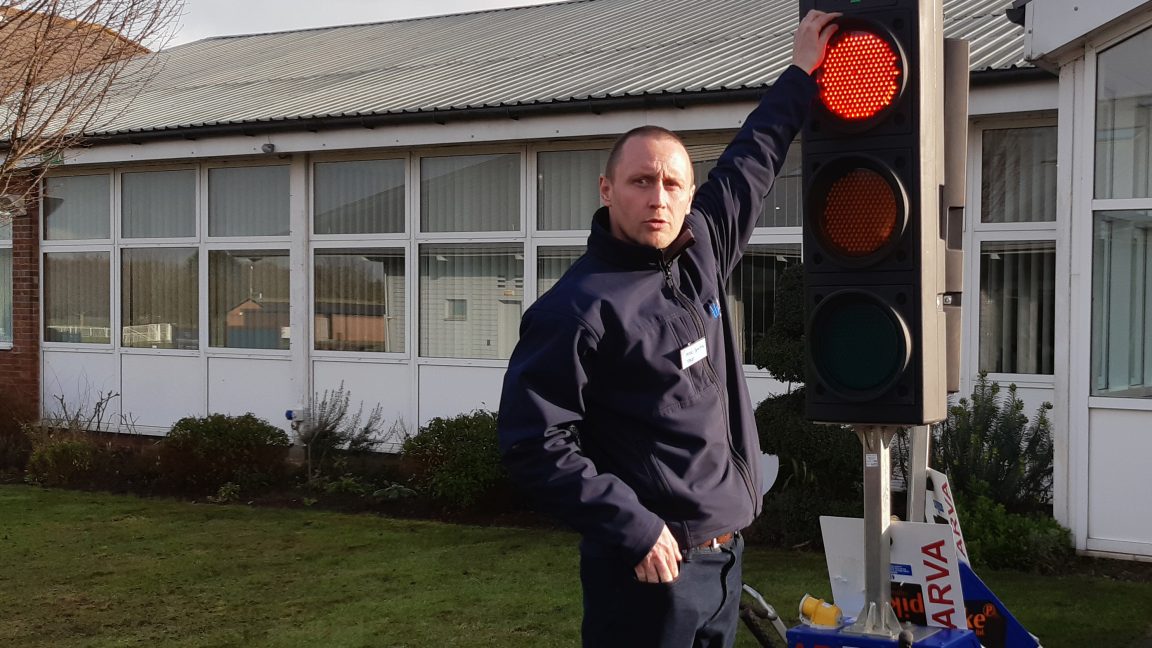 The event at Trinity Park was part of a series held by Anglian Water to increase communication between the water company and highways authorities. The day’s programme recapped the last asset management plan (AMP6) and detailed plans for 2020-2025 (AMP7).

Anglian Water gave a series of presentations that included information on new vehicles and other technologies, ongoing improvements to leakage rates, and other initiatives to keep the roads moving.

The presentations also highlighted the specific challenges of East Anglia – the driest region in the country, also prone to flooding – and AW’s work on preserving fragile eco-systems.

“But the crux of this event is how people can communicate better and work better,” said Leanne Ehren, communication and engagement specialise at Anglian Water. “We’re all trying to achieve the same thing, but we’ve got very different backgrounds of where we’re coming from.”

tbf Traffic, as a major contractor for AMP7, was invited to demonstrate the Pike Traffic Light System and its intelligent AutoGreen Technology.

“[AutoGreen] manages throughput of traffic through two-way sites by intelligently reading and managing green time depending on how busy an approach is from either direction,” Tom told the audience.

A traditional Vehicle Actuation (VA) system works from a fixed position on the scale, unaffected by actual traffic levels.

In contrast, the intelligent AutoGreen controller continually monitors data from each end of the site and adjusts green time accordingly.

“If you suddenly get a school kick out, with a load of parents driving away, the green time will ramp up on one side and the other side might not even change,” Tom explained. “It doesn’t have to go down just because the other side goes up.”

“If you put a set of lights out near a roundabout or a permanent junction, vehicles get caught in the shuttle lane, blocking vehicles from the opposing side. So, you’re waiting to come up the shuttle lane and you can’t, the light turns green, you still can’t move… the VA goes back to red, and you’re stuck.”

The system also learns from such situations, sending fewer vehicles down the shuttle lane on the next cycle.

Read about it on the Pike Signals website or watch the video below.