What Is Traffic Management?

Traffic management (also known as road traffic control) refers to the act of directing vehicles and pedestrians around some form of disruption. This could be a construction site, accident, community event, tree removal, road surfacing, traffic congestion – or anything else that could cause danger or disruption to a vehicle or pedestrian.

By successfully managing traffic in a safe and efficient way, the chances of vehicles crashing into each other can be significantly decreased, as well as various other safety benefits.

There are many traffic management solutions that can be deployed on the UK’s roads, and in this article we are going to be explaining what some of the most common ones are. 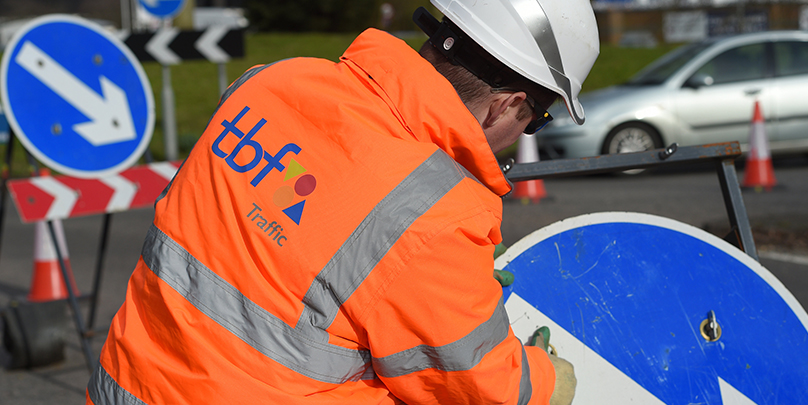 What do traffic management companies do?

Traffic management companies plan, implement, install and maintain traffic control systems such as traffic lights, lane closures, diversions and ‘stop & go’, that separate road workers from road users with minimum disruption to traffic flow. Their services also help to allow the maintenance of the UK’s road system. One of the main reasons traffic management is important to road users is that it significantly decreases the chance of accidents occurring on the road.

What is a traffic management system?

A traffic management system is the planning of placing traffic lighting, signage and guarding on the carriageway that meets all the standards laid out in chapter 8 of the industry’s code of practice, entitled ‘Safety at Street Works’, also known as the ‘Red Book’.

Why is traffic management necessary?

Traffic management is necessary as it provides a safe environment for those working on the roads and for the general public who are using the UK’s road system. By implementing a safe traffic management system where needed, we can reduce the risk of accidents on the road.

What is a traffic management operative?

Any company that works on the road network needs the relevant NHSS certification. That includes traffic management firms, road maintenance companies, fencers, landscapers and so on.

What is a lane closure?

A lane closure is when one or more lanes of a motorway or dual carriageway are closed. This usually happens because of highway maintenance or repairs. Lane closures can be ‘fixed’, ‘temporary’, or ‘rolling’ (see here).

You can find up-to-date information on UK lane and road closures on the Highways England website.

What is give and take traffic management?

‘Give and take’ traffic management closes off one side of a road, ‘tapering’ traffic into single file. Drivers pass at their discretion when the road is clear.

As the drivers decide when it’s safe to pass, give and take is not suitable for areas with lots of traffic or fast-moving vehicles. Give and take traffic management can only be used on roads with a speed limit of 30mph or less.

The method is also restricted to areas where drivers can see both ends of the site easily – and it can’t be longer than 50 metres from start to end.

What are stop and go boards?

Stop and go boards are doubled-sided signs with the word ‘stop’ on one side and ‘go’ on the other. They’re a very portable method of traffic control, though they have to be used with several road signs.

For small roadworks sites (20m or less) one board can be used to control traffic flow. Larger sites need two boards, one at each end. Both signs can then read ‘stop’ while traffic clears.

Stop and go boards can be remote controlled, or manually turned by a traffic management operative. Remote-controlled boards can only be used during the day – night-time is manual only.

At night, stop and go boards must be directly and uniformly illuminated.

What are portable lights? 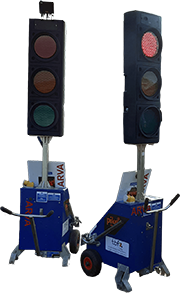 There are several types of mobile traffic light. Some will work on timers, going from red to green automatically after a set time.

More modern lights (e.g. those using Pike’s AutoGreen technology) will read traffic conditions and adjust timings accordingly. That means smoother traffic flow – if traffic is sparse from one direction, it won’t receive the same amount of ‘green time’ as the heavy traffic from another direction.

What are temporary lights?

Temporary traffic lights are a longer-term solution than portable lights. They’re designed to look more permanent than mobile systems and are generally installed for works that take a long time – sometimes months.

What is a 15-minute temporary obstruction?

Temporary obstructions might be due to workers receiving deliveries of materials on a narrow road or bringing down a tree onto the carriageway.

This kind of traffic management is disruptive, so it’s only used when it is not practical to provide an alternative route.

What are mobile works?

Mobile works are projects that are carried out from a slow-moving vehicle. They include things like hedge cutting and weed spraying.

Mobile works need traffic management that can move along with them.

Traffic management operatives will usually use a combination of road signs, special vehicles, and handheld signs to keep traffic flowing safely around the highway workers.

Similar tools are used for traffic management around short-duration works, which involve stops of up to an hour. Short-duration works include things like pothole repairs, jetting sewers and streetlight maintenance.

What are traffic convoy systems?

A convoy system for traffic management is a vehicle leading traffic past a worksite, first in one direction and then the other.

It is used where normal methods aren’t possible – usually because of a narrow highway. Small, specialist vehicles are used for convoy traffic management.

What is high speed traffic management? 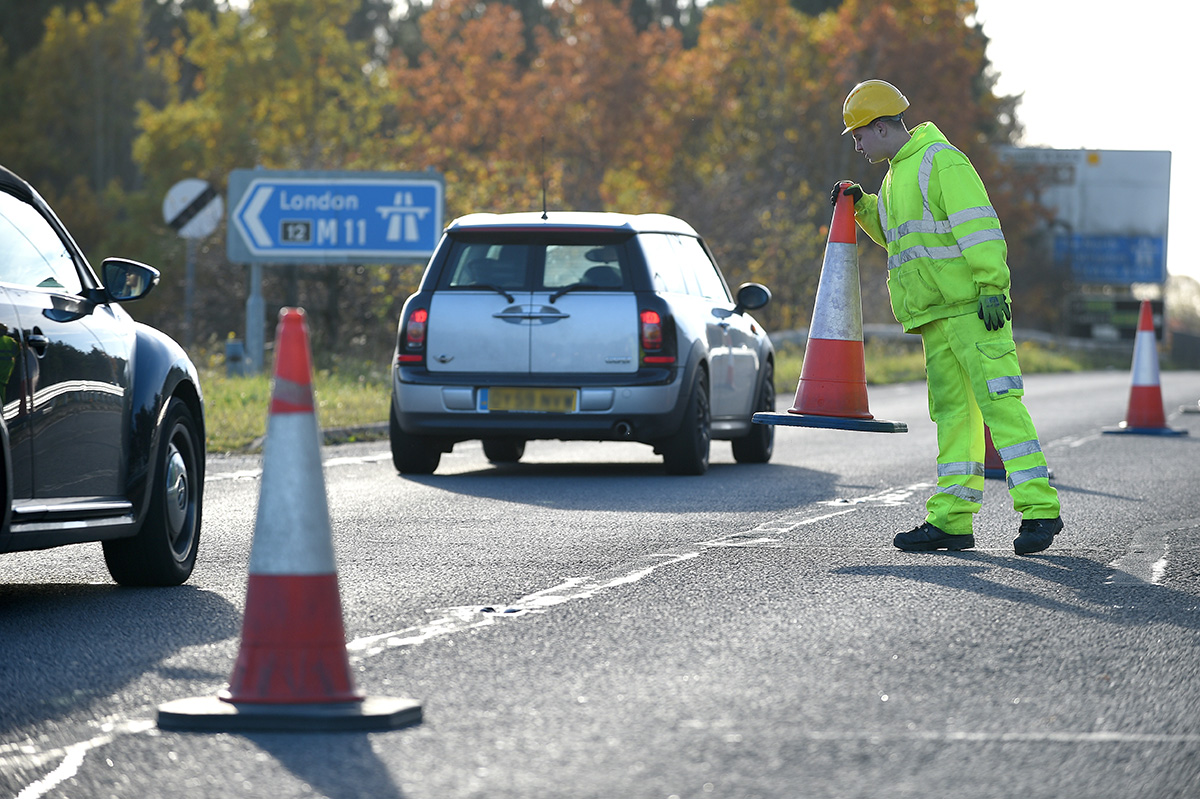 What is active traffic management?

What is a rolling road closure?

A rolling road closure is a movable, short-term roadblock. Rolling roadblocks, as they’re also known, are often used during events – cycle races, parades and so on. They’re less disruptive than temporary road closures, only blocking traffic to (for example) enable cyclists to pass.

A rolling lane closure could follow highway workers fixing up the verge, for instance.

Contraflow is where traffic is transferred to the opposite side of a carriageway to share with traffic going in the other direction. This is often needed on motorways to allow for lane closures whilst resurfacing work is done.

Traffic lights are usually controlled through automatic sensors or timers, but in some cases will be controlled by a local controller.

Get a free quote on your project today.

Get FREE Quote
Get In Touch